With the promise of more power, extended run times and longer overall battery life, the advances in power tool batteries have increased significantly in the last few years. Just as the technology changes so have the rules regarding battery usage and maintenance. To ensure you’re continually getting the best from your battery this guide aims to provide greater clarity on choosing and maintaining batteries for optimum performance.

All you need to know about the latest power tool battery technology.

Buying into an 18V cordless platform now becomes an investment as prices for additional batteries aren’t insignificant, especially as the ampere-hour (Ah) increases. Each battery has its own unique advantages within the 18V series, whether that’s price, performance or warranties. Still, when making the investment it’s important to be clear about what the benefits are.

There’s nothing wrong with my memory

Battery terminology can make things confusing and advances in Lithium-Ion technology mean that what was once applicable to older power tool batteries is now not the case. Memory Effect or battery memory is a term that applies with older NiCd and NiMh batteries. Here the battery remembers the last capacity point. In essence if a battery is continually recharged after a short discharge, the maximum capacity is lost. What happens is the battery memorises the level of the last charge and starts from that point.

True or False – you should fully discharge Li-Ion Batteries in order to maintain capacity?

False. While it’s true that NiCd and NiMh batteries need to be fully discharged to keep their optimum condition. The opposite is true for Lithium-Ion batteries which should NOT be left to fully discharge. This can actually damage the battery. Li-Ion also doesn’t suffer from Memory Effect and so can you can charge these at any point.

As soon as the performance of the battery decreases and you feel a loss of power, get the battery on charge. It doesn’t matter if the battery isn’t at 100% before using it again. As long as some extra charge is put in, it’s ok to part charge these. Bosch’s wireless batteries work on this principle so you can simply top up as you work without straining the battery.

Never let the battery run all the way down. For example, if you’ve got one last screw to turn and then the battery is depleting, don’t force it over the final furlong. You shouldn’t keep your finger on the trigger and keep turning to try and drive the screw. Let it rest and put the battery on charge. Forcing it is a definite way to damage the battery. You can always top it up briefly and then come back to finish.

Who has absolute power?

Each manufacturer’s power tool batteries have their own distinct advantages. It’s up to you to decide which best suits your needs.

Makita’s unique position with its 18V battery is that it has the world’s largest range of compatible cordless tools. Over 100 of Makita’s tools can be powered by their 18V Lithium-Ion battery. This gives you a huge selection to work with. They also have some of the fastest charging times. Charging a 3Ah battery takes 22 minutes, 4Ah ready in 36 minutes and the 5Ah complete in just 45 minutes.

By comparison, Bosch has some of the smallest and lightest batteries on the market. This can make a real difference especially when doing a lot of overhead work. They also have a robust construction, having been tested to withstand being dropped from 3 metres. Inside, each battery comes with Electronic Cell Protection (ECP) which protects the battery against total discharge, overloading and overheating. See the results of their heat test here.

Festool’s new AIRSTREAM battery again comes with leading battery technology and the company highlights the cell balancing that goes into its units. This involves carefully selecting equally matched cells, resulting in proportionate charging and discharging cycles which prolong battery life. The new AIRSTREAM battery also has a cooling system in combination with the SCA 8 charger, which draws air over the battery to cool it. As a result this reduces charging times by up to 65% so you can get back to work faster.

Interestingly, Festool and FEIN are so confident in the quality of their batteries that they have a 3 year guarantee on Lithium ion batteries and chargers.

Axminster’s battery for the Makita 18V Li-Ion cordless tools, however, uses Samsung SDI cells. Analysing the battery cell market, Samsung SDI is the market leader in small size rechargeable batteries producing 315 million cells a year. As a result they know what they’re talking about when it comes to batteries. There are many cheaper replica batteries out there using inferior quality cells and that’s when you have problems with the batteries failing after a few cycles.

One of the most recent developments to the market is DeWALT’s new FLEXVOLT battery. The batteries are fully compatible with existing DeWALT 18V XR tools and when fitted to the new DeWALT XR FLEXVOLT tools the voltage then surges to an unparalleled 54V. FLEXVOLT is a world first with this new 18/54V battery platform and the aim as DeWALT state is to give you: “the power of corded, freedom of cordless.”

Bosch has developed a world first with their wireless charging system. This is able to charge the wireless battery without having to take it out of the tool as with the GSB 18-12-LI Plus Combi Drill. If time is of the essence, as it invariably is, this is perfect in repetitive situations where you need to pick up and put down the tool over long periods. The battery continually tops up without interrupting your work.

With all these advances to battery power, there is now some interesting technology that can utilise this power, not only for your tools but also your mobile device.

Over time the power of batteries is surely set to increase with higher ampere-hour (Ah) and longer run times. If you look after your power tool batteries, this will help to prolong their life to give you even greater value for money. Here are the optimum conditions for maintaining batteries and some further specifications to help you differentiate between manufacturers.

How to store your batteries

Make sure batteries aren’t subjected to extremes of heat. Ideally you should keep them at room temperature as heat is one of the main reasons Li-Ion battery life depletes. So avoid leaving power tools in the car or van if they’re going to be out in the sun for a long time. Equally freezing conditions can reduce the lifespan of the battery – something to remember on those long winter nights.

Obviously when the batteries are in use continuously for longer periods, this can cause the core of the battery to heat up considerably. This is something that the people in white coats at Bosch have counteracted with their CoolPack technology. Similar in refrigerator functionality, the casing conducts heat so it can dissipate away from the core cells. This gives you both longer runtime and battery life.

Discharge rates have also improved with Lithium-Ion technology. This means that when batteries are not in use, the charge is held within the battery for longer. If you’re not using your power tool for an extended period however, ensure there is some charge left in the battery. Leaving a battery to fully discharge for a long time is one of the quickest ways to cause it to fail.

As power tool batteries evolve, using the wrong type of battery can cause problems if placed in the wrong tool. You want to make sure you’re using the right battery and each manufacturer has its own way of identifying the correct compatibility.

One exception is Bosch’s 4Ah wireless battery. These are compatible with all Bosch 18V Professional Li-ion tools except the GKS 18V-LI Circular Saw. You can however recharge the batteries on any Bosch 18V Li-ion charger. So you get the time saving benefits of wireless and the compatibility of connecting them straight to a standard charger.

Wireless batteries can also be charged on standard chargers

Makita’s compatibility checker works on the principle that if it has a star or a yellow connector then you’re good to go. The 18V 4.0Ah and 5Ah (BL1840 / BL1850) batteries will work with your 18V tool if it has any of these three characteristics:

Festool’s SERVICE all-inclusive guarantee also applies to its batteries and chargers. Remember this covers repair costs as well as theft for up to 36 months. But to ensure you have cover you need to register. 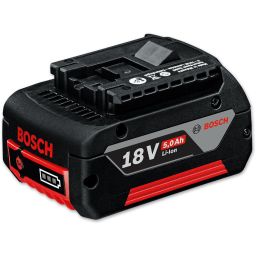 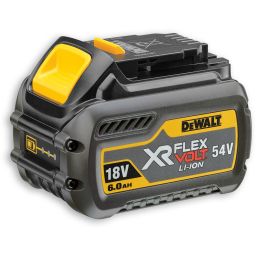 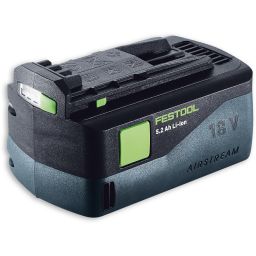 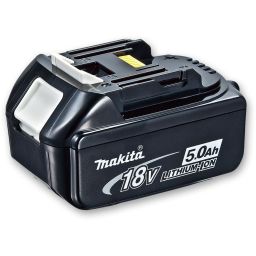 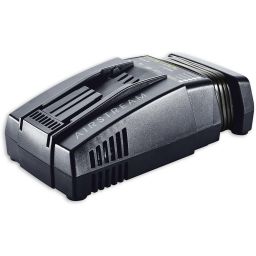