Festool has launched three new sanders, hybrid sanders in fact, which makes them a little different. As we’ve come to expect from Festool there are some clever new innovations to help you in your work. But as can be the case with some new power tool launches, rather than being unnecessary there is well thought-out reasoning behind the new designs. We spoke to Festool to see what’s new and hopefully get the answers on some of your prospective questions.

The latest Festool sanders are a new form of hybrid sander, which sounds dynamic but they really do have some interesting features. So how are they a hybrid? Thanks to a new battery pack the sanders can run either as a corded or cordless sander. The clever design allows you to easily switch between the two modes. Cordless; for when you need the unrestricted freedom to get into those difficult to reach areas and the work can’t be brought to a table. Alternatively, you can insert an adapter to plug into the mains for those long sanding jobs. It’s worth noting that the mains adapter comes with the SET versions as standard. If you buy the PLUS or Basic versions you’ll need to purchase the adapter separately.

Will my existing Festool batteries work in the sanders?

How long is the runtime?

A useful feature about the 3.1Ah batteries is you can charge a battery in less time than it takes to use it. The average run time is approximately 45 minutes while the charge time is under 30 minutes.

What about the performance?

All three Festool sanders feature a brushless motor which leads to less wear on the tools, reduced drain on the battery and a more efficient runtime. The 2mm sanding stroke will achieve a really fine finish plus each sander comes with a protector to prevent scuff marks and protect the pad when working close to an edge.

The sanders also feature Festool’s staple of practical solutions such as Multi Material Control (MMC) electronics which adjust the speed to the material. In addition there’s the integrated Cleantec bayonet fitting so the extraction hose remains secure to the tool.

Finally, are they still covered by Festool’s service all inclusive?

Yes. You have 36 months for free of charge repairs which also includes batteries and chargers.

The new sander options and accessories... 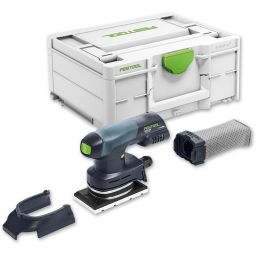 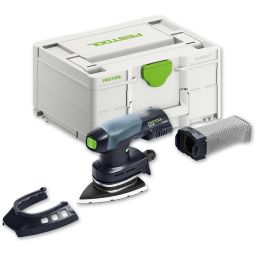 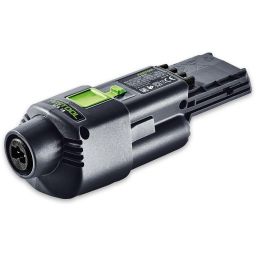 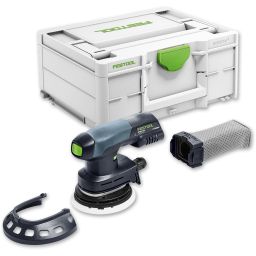