Yvonne Green is Principal at the prestigious Lyme Regis Boat Building Academy, Dorset. She heads up a team of tutors, technicians and office workers who guide students through a range of woodworking courses including their flagship 40 week boat building course. Axminster’s machines and tools are visible throughout their workshops and many of the students can be found in our Axminster stores. Here we meet Yvonne towards the end of one of the boat building courses.

What is the Lyme Regis Boat Building Academy?

The Boat Building Academy is a small specialist vocational training college. We work with people aged from 18 to… well, I think our oldest student was 82! It’s for people who want to learn boat building or woodworking. We teach people in a range of skills, from traditional wooden boat construction types right through to modern woodarou and composites.

When did the Academy start?

It started 20 years ago and has been on this site, on Monmouth Beach (Lyme Regis) for all 20 years. It’s evolved through the years, but it’s driving philosophy hasn’t changed. We still run highly practical courses, where the students work a minimum of 40 hours a week, with the aim of getting students out working in the Marine and woodworking industries.

I have been Principal for about 6 years now, I remember the first time I came here and I just thought what an amazing place it was. The minute you walk through the door you smell the wood you see the boats, it’s busy, it’s really got something about it.

Do you have any experience in the boat industry?

No, I don’t think it would be particularly helpful either. If you have five boat builders talking about how to build a boat, they’ll probably have five different ways of doing it and every single one of them is right. The last thing I need to do is throw my weight around on what I think the best way to build a boat is.

Where do your students come from?

The students come from a range of places. They come from all over the world and have backgrounds as diverse as bankers, I.T. people, policemen, engineers and mechanics. Basically, you name it we’ve probably had a student here who’s had that career at some stage.

Do they need any woodworking experience?

No, we say they don’t have to have any woodworking or boat building experience at all. What they do have to have is huge enthusiasm and be prepared to work extremely hard.

What tools are used on the course?

As the course goes on, they’re issued with power tools, ranging from bandsaws to sanders to drills, you name it they’re using it. We supply all of the tools to them for the course, but while they’re here, we encourage them to build their own toolbox which they then can take into the marine or furniture making industry.

How is it decided what types of boats are made?

We have a meeting at the beginning of each course, usually on day one or day two. The students sit down with the training manager, the instructors and sometimes myself and talk together as a group, what boats they would like to build.

We do have three conditions though. Firstly, the boat has to be under 16ft, this condition often gets broken as we build many 20ft boats. It’s one of those things where we say, that would be the ideal, but in reality, it’s much more interesting to build something bigger.

Secondly, it has to be completed by the end of the course. Thirdly, we have to have a range of construction types, so students get a hands on experience with each of the different techniques. So, with that in mind, they throw ideas for designs on the table and then, over the next three weeks, we look at which boats we are going to build and what construction types are going to be used. At the end of the three weeks we have our build list.

How do you decide who works on each boat and who sails them away in the end?

Who owns the boat is decided right at the beginning of the course. One student, sometimes two, will take ownership of each boat, but while they are being built they belong to the group.

We have a skill set we need to give to each student, so they work on a kind of rota system on each type of boat. It can look quite casual on the workshop floor, but actually it’s a highly structured working environment. Each boat has a project plan that the students have produced. They know what they are doing on each boat for every week of the course and people are allocated accordingly. The instructors meet every week to decide who is working on which boat the following week and that’s determined by what skills the students need to learn as individuals.

Where do your tutors come from and what are their backgrounds?

They’re an interesting bunch! We have four full time boatbuilding instructors who are employed by the school and most of them have been around for 10 years.

We’ve worked out recently that all of them have done the boat building course here at some stage. I think that does make it easier because our instructors have to understand what they’re here to do, it’s not to build a boat, it’s to teach their students.

I think if people have been students here they understand that much more clearly.

One of our instructors spent a lot of his time in the Navy and when he came out he came and did the course. After leaving, he went on to work with plastic boats, which is what he specialises in, before returning here as a tutor.

Another one of our instructors came on one of the first courses we ran here. He was running aid camps in various parts of the world and had also lectured at Trinity College, Dublin. He then went on to work as a shipwright at Lathams in Poole, before returning here as an instructor.

We have another one who started a small boat yard, but we lured him back and he now works for us.

We’ve got two part time instructors making up one instructor at the moment. One was in the chemicals industry for years, when he left us as a student he went to teach apprentices at Sunseeker (a luxury yacht specialist in Poole, Dorset) and now he’s back. The other one was an architect, he came to do the course as part of a career change and he got a slightly bigger change than he expected!

They are all very good at their jobs and I’m very proud of them.

What has been your favourite boat build of this year’s courses?

I really don’t have favourite boats. It’s such an interesting build process and the boats are all so different, it’s just impossible to have a favourite.

Watching them all develop is really exciting, I’m not a boat builder, but to watch people go from no skills to taking something out on the sea, that they themselves have built, in a relatively short space of time, that’s the thing I find most rewarding. So, the boats for me are beautiful, they’re fantastic achievements, but I can’t have a favourite because that’s not what it’s about.

What happens on launch day?

Launch day is a really important day, not just because it’s good fun and people get a chance to go out on the boats they’ve built, but it also installs a deadline to work to. On the workshop wall we’ve got a number and that number represents the number of weeks to launch. It’s there to remind people there is a deadline. Everyone is shattered by the time it arrives, the instructors have usually been working 80 hour weeks in the run up. Having said that, it’s such a special day.

One of my favourite moments of launch day is when I watch from my office window. I watch the students walk down that road to the harbour and I can see a physical change in them from when they were first interviewed. They might be people who have sat behind desks for 20 years, or they might have been doing a job that’s really ground them down and they’ve just come to learn something practical. I watched them walk down the road and they are physically different. Yes they have learnt new practical skills, but they have also gained confidence in themselves that they didn’t have before.

The launches also give us a great opportunity to invite back past graduates, people who are working in the industry and partners that we work with. It’s the best celebration for the end of the course that I can ever imagine having. 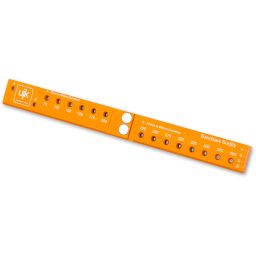 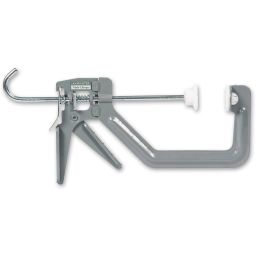