Here we meet Martin Young, founder and owner of Sitting Spiritually. With the help of family and a strong makers network, he has grown Sitting Spiritually into one of the strongest garden furniture brands in the country. With beautifully designed and traditionally made products they are the only swing seat makers approved by the RHS and regularly show their range at the Chelsea Flower Show. We meet him at the Sitting Spiritually garden on the outskirts of Lyme Regis, Dorset.

How did Sitting Spiritually start out?

The foundations of Sitting Spiritually started back in 2003. A friend suggested I invite someone from the National Garden Scheme to have a look at our garden so that we could open it up to the public. The NGS came and loved the garden but part of the prerequisite is that you must be able to seat and keep the public occupied for at least 45 minutes, they were concerned there was nowhere to sit.

I’d always hankered for a swing seat, I’d watched all those American films, where people are sitting on their porch chatting. I just loved the idea and wanted one for my garden. I looked in all the garden centres, but I just couldn’t find one that I liked. In the end I sent for some blueprints for a swing seat and a frame.

At the time I was working with a chap called Nick Shannon, (his son Greg works as one of our makers today) I got him to look at the blueprints with me and we ended up making the first one together.

When you look at the name Sitting Spiritually you don’t necessarily associate it with garden furniture. The story behind the name came back in 2004 on the very first set we’d made. I’m interested in meditation and have been for many years, I was actually sat on the very first seat and a friend, unbeknown to me, came into the garden. I opened my eyes and focussed and he said; “Are you sitting spiritually, then I’ll begin.” I thought that’s a fantastic name, so I ran in the house and bought the domain name.

So, you have the first seat for your garden, when did you start selling them?

The NGS gave us their seal of approval and the open day of the garden came. During the day, four or five people commented on the swing seat and asked where I’d got it from. By the end of the day I’d done them all quotations, which all turned into orders. Six weeks later Sitting Spiritually began.

You are obviously a very capable woodworker, what was your background before this started?

I’m a joiner by profession, although at the time I was working for the RMC Group. I was travelling all over the country negotiating contracts for building materials.

You’ve added more to your range over the years, what are your favourites?

We try and bring something new out every year and launch it at the Chelsea Flower Show. Fortunately, twice over the past four years, we’ve been nominated for Chelsea product of the year. This was for the floating bench last year (2016) and the heart back seat, which we brought out to celebrate our 10th Anniversary in 2014.

I suppose my favourite is the Kyokusen which was the second seat Nick (Shannon) and I made together. Kyokusen is a Japanese word, meaning ‘curves in the air’. The seats have a very strong Feng Shui influence, something that runs throughout all of our branding.

For Chelsea this year we launched the swinging day bed. The product came from a commission we did a couple of years ago, James, one of our makers helped to design it. We built it and sent it to Provence where we received some fantastic feedback. So, we’ve brought it in to the range this year, I’m really excited about it for the future.

How important has the Chelsea Flower Show been to Sitting Spiritually?

It’s the only show we do, everything points towards Chelsea. This year (2017) was our 10th anniversary. In the past we’d always concentrated on putting product on the stand, but this year we were lucky enough to get a bigger stand and we created a real garden feel. We turned to Jarman Murphy, who were the garden designers behind the Sitting Spiritually garden at Bramble Hayes. They came up with a really good concept that included some wonderful flowers and plants. It all went to highlight the star of the show for us, the swinging day bed. It sold really well for us and exceeded all expectations. We even sold one on the Sunday before the show officially opened.

You’ve recently been selected as one of the top 50 British brands for the home by the Daily Telegraph. How has this been achieved?

The Sitting Spiritually brand has now become synonymous with quality swing seats. We’ve achieved this position over the past 13 years by constantly improving the quality of materials we use, for example, we now use oak that is grown in Northern Germany, where it is grown very slowly. So, I’ve made it my mission to try and improve everything we do. Somebody has obviously recognised this and we are very honoured The Daily Telegraph have chosen us. We sit alongside some very prestigious brands.

What have been the most useful tools over the years and what has been your favourite to use?

In 2004, after making the first seats with Nick (Shannon), I really needed to find a place of my own to make these seats. I stripped everything out of my old garage giving myself a space but no tools. I contacted Axminster Tools and Machinery and asked if they had anyone who could come and advise me. Needless to say they came out very quickly, but they didn’t take advantage of me either. I bought a bandsaw, chop saw, router table and a range of power tools, including the ever popular Festool DOMINO, we still use them all today.

You have a team of makers, who are they and how did they start working with you?

Scott was the first maker to come on board. My way of recruiting makers was to go to their workshops with a pile of timber and templates and make one of the benches together. If they were good, they’d take over after half a day. In the case of Scott, I think it took him about an hour before he told me to stand back and said he could do better than this. The idea to recruit local people was born.

Greg (right) is the son of Nick (left), who helped me right at the very start. I knew if his dad was keeping an eye on him he’d be good, which he has proved to be. He works out of a shared workshop with his dad, where they are currently working together making a shepherd’s hut. He’s a very good maker.

By 2007 we were looking to expand the making team. James was just starting up a workshop on his own. Recruiting him was a similar process to that of Scott, but with James we worked on a number of projects together. He is very inventive and if we ever have something new, like the swinging day bed, he contributes to the design process.

Alex works out of a workshop opposite to James. They started working on a swing seat together and before he became an independent maker in his own right. Alex makes much of the stand for Chelsea and is part of the installation team for that each year.

I went over to a guy in Bridport who welds my chains called Matt Harvey. While I was there I heard a saw going. I asked Matt who it was and he said it was a guy called Jerry Allen, who runs a company called Symondsbury Wood. I went over to have a word with him and it immediately fitted, he became our fifth maker.

A tool maker by trade, Neil became our rope swing maker in 2010. He makes them out of his idyllic garden workshop in East Devon. He is the husband of Siobhan who works very closely with me on the marketing and the day to day running of Sitting Spiritually.

I suppose what pleases me most is that all of these joiners have taken on other people to work exclusively on our products and they’ve recruited apprentices. I find all of that pleasing because my working life started as an apprentice carpenter and joiner. It’s gone full circle.

You mention Siobhan, how important has she become to Sitting Spiritually?

My wife Celia and I were on our way back from Chelsea in 2009, with a pile of quotes and orders. We were asking each other, ‘How on earth are we going to deal with all of this?’. On our return home there was a letter from Siobhan, saying she was a freelance personal assistant and she could help take some of the workload from me. That was the Saturday night, I interviewed her on Sunday morning and she started working for me on the bank holiday Monday.

She’s grown to know the business inside out. The makers actually have far more to do with her than they do with me. She just pulls everything together in a very nice and efficient way, she’s very good.

What are you most proud of with Sitting Spiritually?

Along with the makers network, I’m most proud of the family involvement in the business. My wife, Celia, is a co-director and also makes all the cushions. She is an absolute rock, especially when we go to Chelsea. My sons, David and Gary, have both worked for Sitting Spiritually in the past. David comes over from Spain every year to help out on the stand at Chelsea.

My daughter, Lucy, is a professional artist in her own right and has had a big influence on some of the designs. Some of the backs you see on the seats are a result of Lucy literally scribbling on an envelope. Scott, my son-in-law, is a shoe designer. Recently he’s turned his talents to a new canopy design for the swing seats which are currently under test.

I’m very proud of the way the family has come together and grown the business. 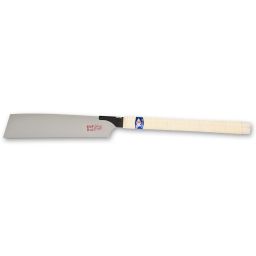 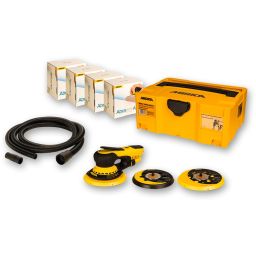 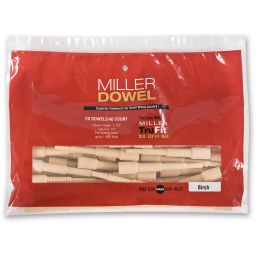 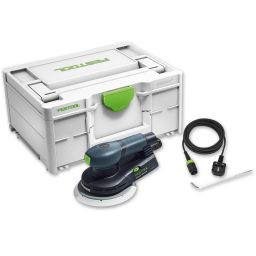